Everdure by Heston Blumenthal can now add another accolade to its list of awards, being announced as a Gold winner at the International Design Excellence Awards (IDEA) during an exclusive awards ceremony held in Atlanta, USA on August 19th.

Although the Charcoal and Gas ranges were submitted as separate entries, the judging panel chose to make the rare decision of awarding Everdure by Heston Blumenthal a ‘Top Winner’ distinction as a group, with this exception speaking to the excellence of the complete range.

“To win a gold at the International Design Excellence Awards is just incredible. We’ve seen off competition from all four corners of the world and I know the whole team is very proud of grabbing another international accolade. It’s been a huge year for Everdure by Heston Blumenthal and I think we’ve demonstrated that the range is not only peerlessly engineered, but beautifully designed too. Many thanks to everyone on the judging panel who voted.”

Held by the Industrial Designers Society of America (IDSA), the IDEA award drew hundreds of entries across 54 countries, with only 25 being recognised as gold winners by renowned design experts. Each design was evaluated according to a judging criterion to determine the best entry in each field, considering design innovation, user experience, benefit to the client, benefit to society and appropriate aesthetics. 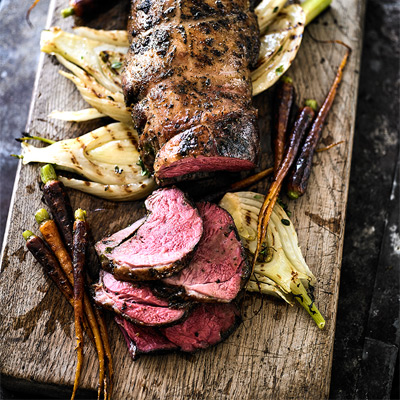 Noted innovations that stood out within the Everdure by Heston Blumenthal range throughout the judging process were the Fast Flame Ignition System and Rotiscope Technology within the Charcoal range, while the Gas range was commended for its power, rust resistant die-cast aluminium construction, as well as the ease of operating the variable flame control.

This IDEA ‘Top Winner’ distinction is the fourth major design award for Everdure by Heston Blumenthal, as well as the brand’s first design recognition in the United States market. Since its launch in September last year, Everdure by Heston Blumenthal has achieved distinctions across the key European design awards: the IF Design Award and the Red Dot Award, being awarded the ‘Best of the Best’ for the HUB Charcoal Barbeque. Earlier this year in June, the charcoal range also received the Good Design Award for ‘Best in Category’ in the Australian market.